Here's a description of the major players (so I don't forget haha). I'll add the character art as I design it:

Centure: Created by Lera, he's the newest Biological Creature and our protagonist. He doesn't say much but he knows more than you think. 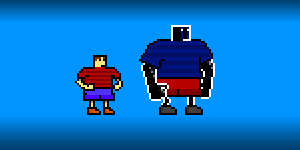 Lera: The creator of Biological Creatures. She's wanted after avoiding the police following a terrible accident that occurred during the creation of the Biological Creature she attempted to make just before Centure. Several people were killed in this accident - serious stuff!

The Corha World Government: They funded and powered the Biological Creatures operation but are now trying to wash their hands of it. And that means destroying every Creature Lera has ever made. 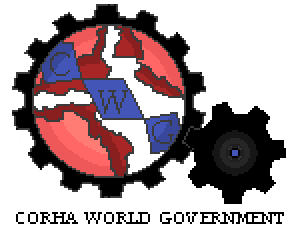 I will never ever animate this - well maybe one day

Nybble: Lera's computer. A lighthearted A.I. who communicates with Centure by writing on the world around him using a new technology developed by Lera. In contrast to Centure, Nybble never stops talking.

EDIT: I've since changed this idea. Though writing on the world sounds cool, I feel like it'll be basically impossible to read while moving which breaks the flow of the game. I have another idea though :)

Hopefully, armed with this information, you can more easily understand the synopsis.