Hey dudes. I made some more frames of animation for Centure. Found a really great program for it: Graphics Gale. It's a little unwieldy at first but it's worth learning because it has some really useful features. I love my paint.net but I'll be using this from now on for animation at least.

Here's some punching animations I made. If you want you can use 'em to play around with animation. Make a .gif, do whatever. I'll probably share a bunch of these by the time the game is done. Whenever that is. I need to edit these a tiny bit.

I'm planning to make a little game in the console (command line window for the uninitiated). But it involves doing all the crap XNA was doing for me. I'll put it up here if I manage to get it running. It really shouldn't be hard to make after I get everything set up. But this is programming so it could be terrible :P.
Posted by DOUG at 11:40 AM 3 comments:

I have the beginnings of Centure's animation set up. Have a look at this video that explains where things are at the moment:


To give you an idea of what animating is like, here's what some of the frames look like:

I made 8 of these for the walking animation. That was a fun day. The game should be done in two days (lol).
Posted by DOUG at 11:25 PM No comments: 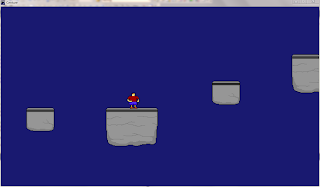